How To Say It, This, That, Those, And These In Korean?

5:53:00 PM
This computer. This person. That guy. And, that mountain over there. How do we say all of those in Korean?

The Korean language has 3 modifiers, they are 이, 그, and 저. Before we break the explanation, I want to mention the formula below:

That formula will be used as our focus. Okay! Here we go. 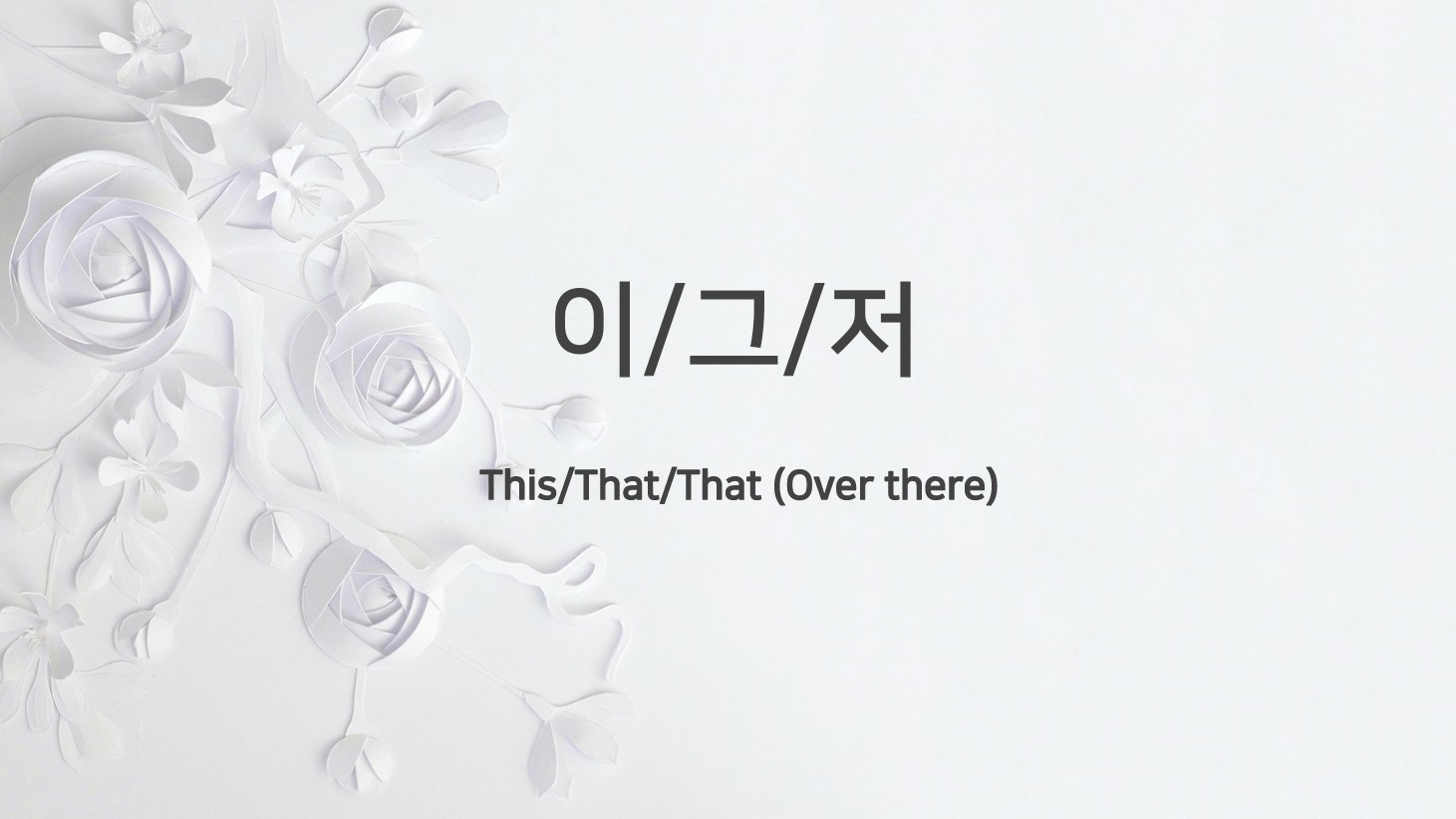 이 (i) is used when the object is near you as the speaker, and you can still touch it with your finger when you mention it. In another word, we can say that 이 means this. For example:
◆ 이 책 = this book
◆ 이 사람 = this person
◆ 이것 = this (thing)
◆ 이쪽 = here

그 (geu) is used when the object is near the other person which is probably he/she is the listener. And also, you can't reach it with your finger when you mention it. We can say that 그 means the or that. For example:
◆ 그 책 = that book
◆ 그 사람 = that person
◆ 그것 = that (thing)
◆ 그쪽 = there, they, he, she, their, his, her

As an additional information, when we want to mention something or someone that we (both a speaker and a listener) can't see, we use 그. 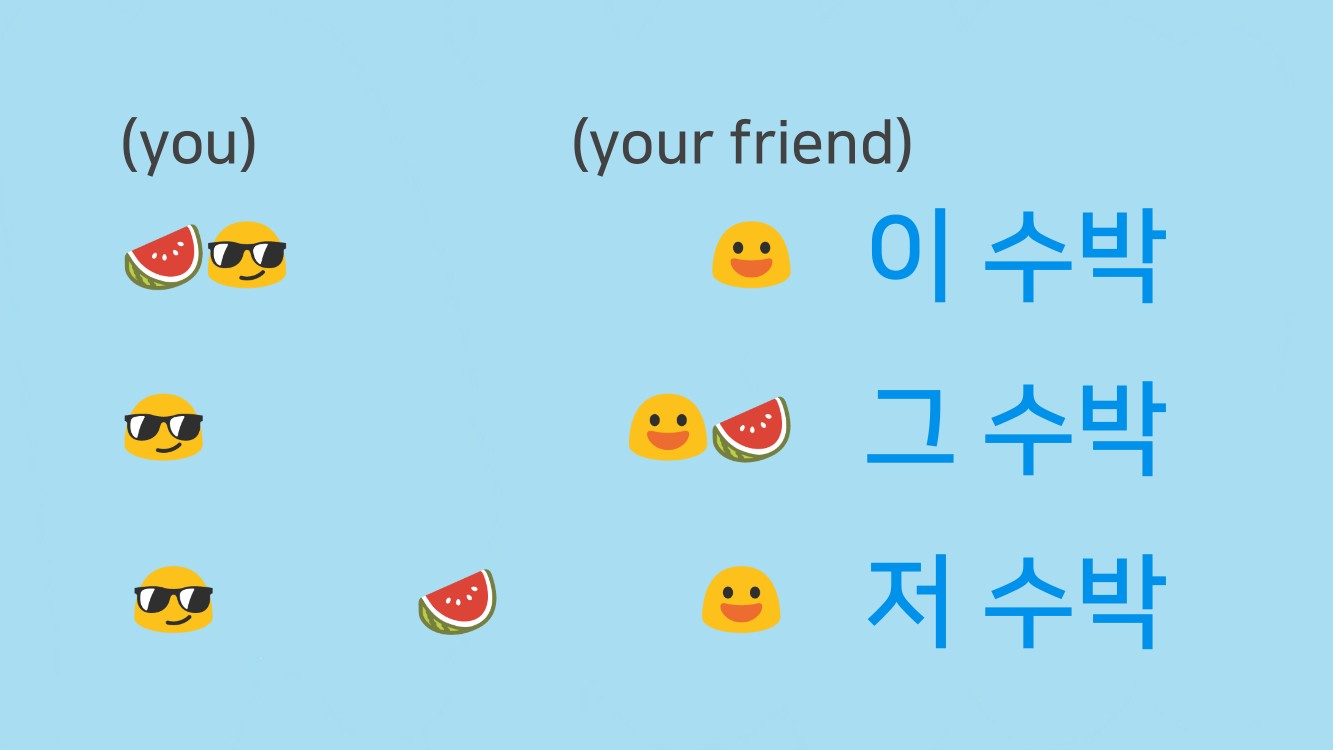 After learning about all of that. Then, our task today is thinking about how to implement it with the main sentence. This time, I want to combine it with a positive sentence that we have learned on the first lesson. Kindly read "noun as the topic markers", if you miss the previous lesson.


For example:
이 사람은 기자예요.
This person is a reporter. 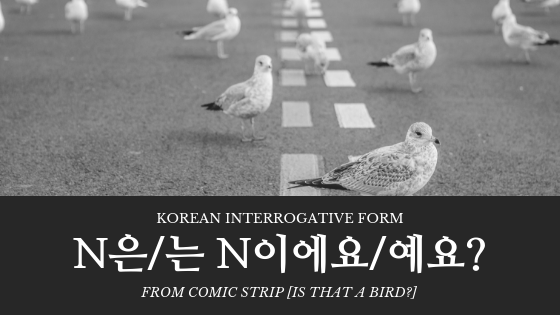 Discover A Perfect Question For Your K-POP Idols With This Korean Interrogative Grammar, Duck!

As an Indonesian, in my language, it is very easy for me to create a Yes / No question by simply putting a question mark (for writing), and voluming up the intonation (for speaking). But, how about Korean? By reading this section, I hope we can understand the Korean interrogative form easily. You can also click the play button bellow to listen our podcast at Anchor. Learning information The key of Korean interrogative form is on the intonation and question mark itself. It is similar to the Indonesian language. Please check the previous article on this blog to read about the simple positive form . Then, give the question mark in the end of the sentence, and also raise your intonation while speaking. For example 루비 씨는 선생님이에요. Ms. Ruby is a teacher. 루비 씨는 선생님이에요? Ms. Ruby is a teacher? 네, 루비 씨는 선생님이에요. Yes, Ms. Ruby is a teacher. 오케이. 하지만 루비 씨는 누구예요? Okay. But, who is Ms. Ruby? Please click the play button to listen to the conversation. And also, I'm tr 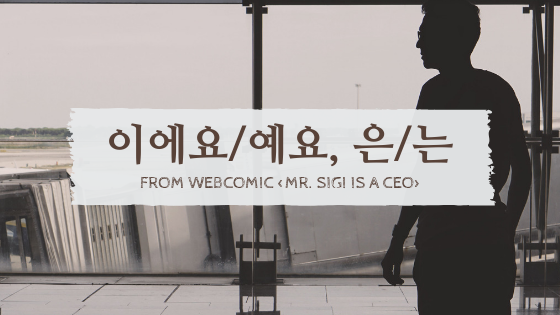 What Is The Best Korean Formula To Describe Something Quickly?

Have you ever watch a Korean drama? The popular one that I know is Kill Me Heal Me. I watched it on LINE Channel. It's not only a fantastic serial TV but also I can learn the daily conversation through the K-drama like how a Korean guy introduces himself to an elder, gives his friend a greeting, or saying goodbye. Just FYI, this blog is not talking about teaching the Korean language. I just want to practice, because it makes me perfect. Yesterday, I learned about how to describe myself, someone, and something around me. For example: I am a Javanese. You are a Korean. She is an American. He is a vocalist. That girl is Clara. This kid is a burglar. The cat's name is Jek Separo. My name is Mew. Mister Jack. Madam Lala. Lady Diana. They are mathematics teachers. We are your neighbours. ....... and so on. By using -이에요/예요 and -은/는, we can say those sentences above in Korean easily. Take a look at the Quick Learning Information section or simply click the 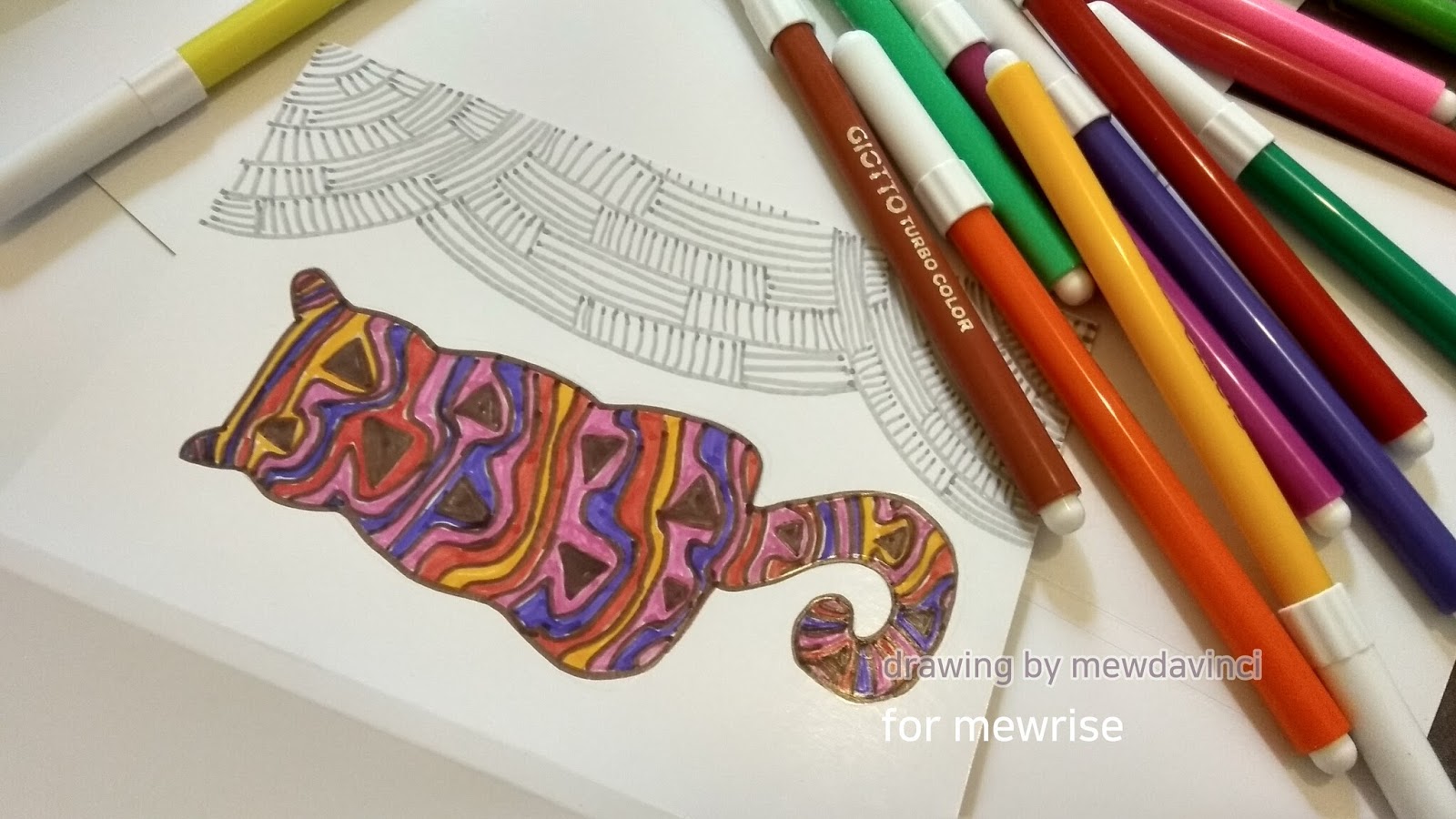